My thoughts on chiropractic...

So what's the deal with chiropractors? Are they quacks or are they genuinely qualified health care professionals?

Let me say at the outset: there is an important role for chiropractors to play in the health profession. But I have some qualifying remarks, based on my own lengthy experience with back, neck and other joint problems:

In my view a good chiropractor will stick to good joint (specifically vertebral) manipulation. They will do so conservatively and after warming up the region with massage or ultrasound or both.

By contrast, I don't have a great deal of time for theories about chiropractic fixing "subluxation" or ensuring "realignment". Nor do I see how any purported "realignment" can fix the fact that one of your legs is shorter than the other as well as your anaemia, blood pressure, liver function and insecurities (as some might tell you).

By way of background, chiropractic comes from a long tradition dating back to a man named DD Palmer who founded it in the 1890s. It was then popularised and expanded by his son BJ Palmer in the early 20th century. The concept as originally conceived (and still taught) is that vetebral subluxations (misalignments in the vertebra) are a leading cause of disease. 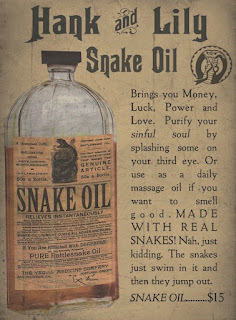 As far as I can gather, there is absolutely nothing in science to support this theory. Rather, it was formulated at around the same time as magnetic therapy, phrenology (bumps on your head), iridology (diagnosis by looking at your iris), homeopathy (a theory that water diluted so that it contains not a single molecule of its original substance somehow carries the "spirit" of that substance), spiritualism (seances, ouija boards etc.) and many other pseudo-sciences that came out at the turn of the last century. DD Palmer (who was not medically trained) was certainly into a lot of that stuff. If you want to understand the popular views at that time, think travelling salesmen with dark carriages brimming with clinking bottles of snakeoil labelled in Old Western fonts and you get the picture. This does not invalidate the use of chiropractic; it's just that his theories as to why and how it helps people reflect a time in history when scientific knowledge was significantly less advanced than it is today.

In contrast to the original "supporting theory", the physical practise of joint manipulation is really quite solid. Occasionally we all get frozen vertebra that don't "move" over each other as they should. A good chiropractor will "pop" them - in other words, mobilise them (as they should be mobile). The "pop" you hear is usually just the release of gases such as nitrogen caught in the joint.

As far as I know, if your joints were really so misaligned that they required "realignment" they would be dislocated. And you'd be in hospital. Either that or your spine is misaligned slightly through long term / permanent scoliosis or some temporary muscular spasm. When a chiropractor "pops" your vertebra he/she isn't really "aligning" anything. Rather the vertebra is moblised (ie., the joint is forced to move as it should through physical pressure or manipulation). If a particular muscle happens to be pushing a vertebra slightly to one side I can't see how mobilisation of that vertebra will affect this "misalignment" one iota. It might however give you relief from having that vertebra "frozen" (which can itself cause muscle spasming etc.). 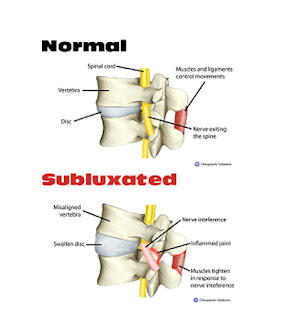 I went to a chiropractor years ago because of a stiff neck. He tried to manipulate it (to "realign my subluxated vertebra") when it was clearly heavily inflamed. He tore the muscles in my neck and I ended up in a brace for weeks (instead of being stiff for a few days). I've never been game to go to another since. Now this is probably unfair. Many friends of mine swear by their favourite chiropractor and I would say that if you find a good one, keep going to him or her. Mobilisation of vertebra can not only provide relief but assist you in recovery. The fact that chiropractic is founded on unsupported 19th century theories in no way invalidates its physical practise. After all, physiotherapists also do vertebral and other joint manipulation and mobilisation (but without any such theoretical base).

It is important to remember that even though the mobilisation of your vertebra can give you relief and assist your recovery from injury, there is no reason to believe it will cure all your other ills, like diabetes, liver failure etc. In as much as chiropractors theorise about the flow-on effect of having an immobile (rather than "subluxated") back/neck, they are partly right; having a stiff back/neck can lead to all sorts of problems, like any "butterfly effect" in chaos theory. However the extent to which their therapy is likely to address any such "flow on effects" is probably marginal. If you keep having neck or back stiffness there might well be some underlying problem (arthritis being just one) which needs to be addressed. Mobilisation of your joints will, in such a case, only provide some temporary symptomatic relief and might (as occurred with me) be disasterously inappropriate. 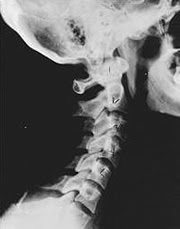 I suspect that most people who go to a chiropractor regularly do so only because it is a convenient way of getting their vertebra mobilised. If you wanted to keep them mobile yourself you might practise yoga every day instead. In my experience this is FAR more effective for that task and far healthier overall (although it does require effort). It is so effective that if you went to the chiropractor after a while there would be virtually nothing to "click" or "pop"; the joints would be like a well-oiled machine.