Showing posts from March, 2016
Show all

Nights of the Moon completed 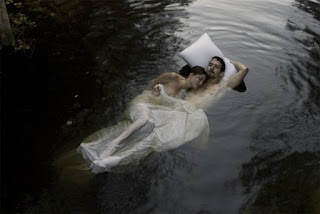 The novel " Nights of the Moon " is now complete.  It is a relationship-based drama/mystery set on a remote island in Western Australia's far north. The novel was written over 28 separate (though not consecutive) nights and published online in a serialised format on the night each chapter was written. The synopsis is as follows: Leila is a dreamer.     She dreams of a successful career, a house in the suburbs with a white picket fence, a "half-decent partner",  a couple of kids and maybe even a dog thrown into the bargain.     She dreams of writing poetry.     But she lives on remote mining sites, working eleven hour days in the fierce desert heat - in a not-so-distant future where there are few, if any, other options on the table.     Most recently, Leila finds herself dreaming of a brief halcyon time on Irwin Island in the far north of Western Australia - and Edin: a quietly charming but complex and often inscrutable man with a troubled past.
Post a Comment
Read more
More posts