Showing posts from September, 2015
Show all

The Mirror Image of Sound: a proven page turner!

The free download promotion is now over and I find myself happy that so many took advantage of the offer (last count is well into 3 figures) over the 5 days. But more than anything, I find it heartening that the book really does live up to its name of being a page turner!  Kindle has this amazing feature that allows you to see whether it is being read.  The first night figure was 507.  Since then I've had a steady flow of 60-70 per day.  Given that it was serialised online (where it built up an average readership of 17,000 per day at the very end) I'm not surprised. I can't help but notice that my only critics so far have been people who (by their own admission) have read only a couple of pages free online.  If you're one of these, why not give the book a proper go?  You might be surprised.  The Mirror Image of Sound is nothing if not full of surprises!
Post a Comment
Read more 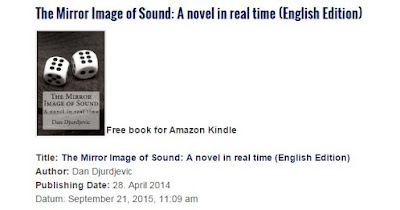 Some time ago  I wrote about how The Mirror Image of Sound was being pirated.  In particular, I came across a German site that had links to downloading illegal copies of the novel.  Judging by the volume of reviews, these downloads must have run into the hundreds. Well it's great to see that a  German site  has now picked up my free download promotion of MIOS so the people there can download it for free - legally. What's more, MIOS is in their top ten of free download books! There's just the small question of whether there's anyone who has yet to download a copy... :)
Post a Comment
Read more

Record daily downloads for The Mirror Image of Sound!

My novel " The Mirror Image of Sound " has had record downloads following the start of the 5 day free Kindle version promotion.  In just a matter of hours the free downloads soared to 121 and continue in the second day at much the same rate. The novel has also been recommended by influential sites  iereaderreview.com  and  efreebooks.org  adding to the download rate! With only four more days to go, make sure you snap up your copy! The synopsis is as follows: Dan is a young lawyer living in a bullying work environment and tolerating a cheating, air-headed wife.  When he loses his beloved uncle, and possibly only real friend, Uncle Frank, his life is set to implode. In what seems like a final, cruel, twist of fate, Uncle Frank has inexplicably left virtually his entire estate to a stranger named "Fenyops Pikkeljig". But while winding up his uncle's estate, Dan uncovers a hidden cellar - and slowly begins to uncover a world of intrigue, mystery and s
Post a Comment
Read more

Free download promotion of "The Mirror Image of Sound"

Pikkeljig Press have announced a special promotion of The Mirror Image of Sound during which you can download a Kindle version for free from 21 to 25 September 2015.  For those who don't know, this is a novel about second chances.  The synopsis is as follows: Dan is a young lawyer living in a bullying work environment and tolerating a cheating, air-headed wife.  When he loses his beloved uncle, and possibly only real friend, Uncle Frank, his life is set to implode. In what seems like a final, cruel, twist of fate, Uncle Frank has inexplicably left virtually his entire estate to a stranger named "Fenyops Pikkeljig". But while winding up his uncle's estate, Dan uncovers a hidden cellar - and slowly begins to uncover a world of intrigue, mystery and suspense.  He meets the exotic and mysterious Justine and, in a fashion reminiscent of Joseph Conrad's "Victory", ultimately gets involved in the lives of "real people" - discovering that some
Post a Comment
Read more

How we stopped the boats 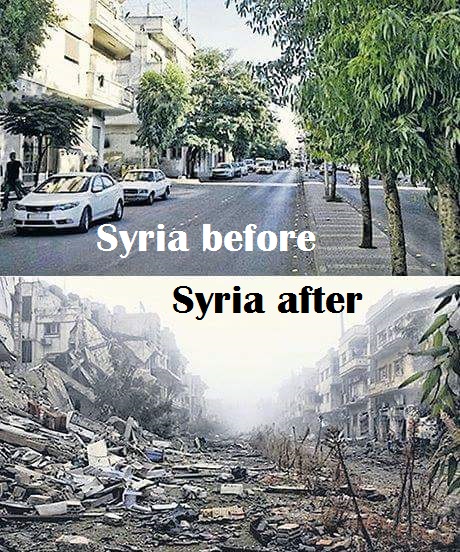 We need to be abundantly clear on this: we "stopped the boats" by being unspeakably cruel to people who, in all probability (based on the available data) were in desperate need of our help. If you are happy in your conscience to inflict this cruelty on innocent individuals - many of whom are children - coming to us in their time of greatest need, only then should you speak with admiration of the government's "success" in relation to the "refugee problem". Only then is "stopping the boats" a virtue and not a sin, if not a crime.
Post a Comment
Read more

One of the advantages of the information age is that we get to see the truth - the whole, unvarnished truth - about the state of the world. No, that truth isn't to be found in some particular person's meme, photo, tweet, Facebook or blog entry.  It isn't to be found in right wing "think tank" analyses, nor is it to be found in shrill left wing critiques.  It is somewhere in the middle.  It is a combination of all of that.  Because out of the mess of information and disinformation, bias and correction, logic and emotion, a picture starts to form.  Pixel by pixel it materialises out of the blur of ignorance and phantom dissonance.  Stare at it long enough and the image becomes crystal clear. Right now a picture is coming into focus.  I'm looking at the underside of our Western society.  And I'm afraid it isn't a pretty sight at all.  In fact it's downright ugly. It's particularly ugly and distressing when it manifests as the sight of in
Post a Comment
Read more
More posts