It seems to me that his attitude is very much "punishment focused" (as I will discuss in a moment). Accordingly, he attributes the same focus to his opponents on the other side of the political spectrum.

What do I mean by "punishment focused"?

It is quite clear that Mr Rogers doesn't want a system that supports "layabouts" (my term - for want of a better one). Indeed, I think it's fair to say that he wants to "punish" such layabouts for not pulling their weight in society (he certainly wants to discourage them by denying them any support/benefit).

Unfortunately such a policy (which is presently in force in the US) simultaneously catches many people who are not "layabouts", namely:In the end, I'd rather have a system that supports the above people - even if it also means supporting some people who "don't deserve it".

No one is "expendable"

I certainly don't subscribe to the view that a percentage of people who deserve assistance are "expendable" in the context of a greater social scheme aimed at deterring or punishing "layabouts". I hold this view in much the same way as I believe that in our criminal justice system it is better to let 10 guilty persons go free than wrongly convict and punish one innocent person.

I think that it is quite evident that the "welfare state ogre" is a political card that has been overplayed in the US, resulting in the present mess that comprises the American healthcare system. If US citizens care to look outside their borders to countries like Australia and Canada (which aren't perfect by any means, but still provide far more comprehensive and equitable healthcare), they would see that the sky hasn't exactly fallen in on those countries because of their so-called "socialist" policies.

If relatively affluent people end up paying slightly more in tax (meaning a slightly lower standard of living) then so be it. I'm now one of the people - as a PAYG earner with no real deductions, I pay a high rate of tax, but do so willingly to support a system that I believe is fair, not punitive. I accept that any socialist system must try to address the problem of welfare-dependence. But there is a point at which measures to address this problem can cast the net too widely - widely enough to cover "innocent" people. This is what I believe is has happened in the US.

The impact of emotive appeal

Ultimately "punitive" systems have a strong emotive appeal to those who aren't caught by the "punishment". They lend themselves to simplistic slogans that are easily digestible in a climate of fear, prejudice and righteous outrage. And in the US (where voting isn't compulsory) it is those who are motivated by such emotive arguments who are more likely to vote; certainly lower socio-economic groups who are at the "wrong end" of such policies have a very poor history of voting. I think this, together with the protestant ethic and culture of "enterprise" stemming from the earliest settlers, goes some way towards explaining why the richest nation in the world should have such a poor record of looking after its own citizens.

The impact of ideology

I've noticed a global rightwards trend since the '80s (starting with Thatcher in the UK and Reagan in the US). This was and is, no doubt, a reaction to the failure to temper previous socialist ideology with some pragmatism. However as far as I'm concerned, the conservatives have swung too far the other way in pursuing their own ideology.

In the end, ideology is never a good basis for anything. One needs to look at the facts and make decisions based on those - not on idealistic socialist visions, nor on right-wing punitive measures where individuals become expendable.

There is an optimum balance between State involvement and private enterprise. This might not produce an "ideal" situation but it would constitute a "best compromise". As long as we resort to ideology (as per Mike Rogers' calling national healthcare "punishment" or as some socialists have in ignoring financial and social pragmatism) we are never going to reach that optimum balance.

Healthcare as a "for profit" enterprise

The principle ideological "thorn" I see in US healthcare debates is the notion that the provision of health services should somehow be a "for-profit", free-market exercise.

As long as healthcare is seen as suitable as a "for profit" enterprise rather than an essential service to which all citizens have a right of reasonable access, then we will have problems.

As I have said, there is scope for private health insurers to be part of the picture. However in my view they should not operate for profit. We have private insurers here in Australia that are strictly non-profit. This means they service their members - not shareholders. 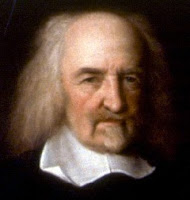 Healthcare is an essential service, the benefits of which should be reasonably available to all. In this respect it is no different from public schooling, public transport and the military (to name just a few - and none of which are "profitable"). Disagreeing with this proposal is, in my view, disagreeing with the very concept of "society".

As the philosophers Thomas Hobbes and John Locke pointed out all those years ago, we are social beings that live under a social contract. We don't (as Hobbes said) live "in a state of nature" where it is "every man for himself". Locke went on to say that by virtue of this social contract we are all accorded basic, fundamental rights (ie. these rights are inherent in the very concept of a "society").

Accessibility as the principle factor

It is clear to me that one of the paramount rights we should enjoy as members of a developed society is equal and reasonable access to healthcare. Without such access we can scarcely be called a society.

While the US notinally provides all its citizens with access to health services, in reality this is nothing short of a farce. The high number of bankrupcies1 in the US occasioned by health expenses alone are scandalous. The US system as it is is indefensible. Talk about "socialism", "big government" and how "medicare is in the red" is all just an exercise in distraction ("look over there!"). It uses -Conclusion: healthcare as a moral issue

I believe that ultimately healthcare is a moral issue. Yet I am amazed how so many people who happily argue in favour of very costly "moral" causes (eg. regime change in Iraq) resort to sophistry and economic rationalisation for allowing at least 1 in 7 Americans to have no reasonable access to healthcare (I stress "reasonable" because I don't accept the present status quo as conferring anything other than a patently substandard access). While US politicians engage in ideological debates that obstruct even the smallest move in the right direction, the rest of the world watches and shakes its collective head.

1. According to this webpage "inability to pay for medical bills is the leading cause of bankruptcies – they currently contribute to about half the bankruptcies in the United States".

2. See this page for a breakdown of US government spending.

3. For one example of how to cut bureaucracatic spending take a look at this page.

Anonymous said…
Mike Roberts is an elitist prat... You force a percentage of your population to try and survive without medical benefits ... or even welfare... and they will deal in crack and be more than willing to "pop a cap in your sorry ass".
The US "cradle of democracy" is instead a ground zero for the dismissive elite. Why are we, as Australians, slipstreaming them into unjust wars, knowing the way they think?
August 28, 2009 at 10:04 PM