Marriage equality: it's about normalisation 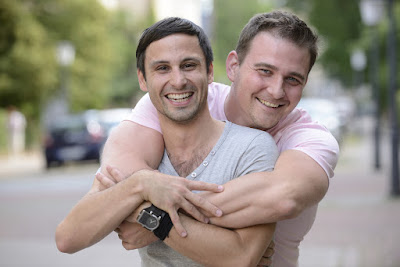 Years ago I remember reading the letters to the editor in our local newspaper The West Australian.  One irate woman wrote in to say that she'd identified the secret "Gay Agenda": to "normalise gayness."

Well I have news for that woman: this "agenda" isn't so secret.  In fact, it's obvious.  It always has been.

Some time ago the Australian ABC screened a controversial episode of the children's programme "Playschool", featuring a child with two mothers.  This was during a segment called "Through the Window" which commonly examined different, everyday social situations.  Needless to say, the episode provoked a storm of protest from social conservatives in Australia. When you delve beneath the usual arguments of "When I want my kids to know about this kind of stuff, I'll tell them myself," you find there was really only one objection to the show: that it "promoted homosexuality".

The first question I have is quite simple: how in the world was this "promoting homosexuality"?

The unspoken assumption is this: it would "promote homosexuality" by presenting it as an everyday social situation.  By normalising it - by making it unexceptional in society.

But how would normalisation "promote homosexuality"?  Here we face two more unspoken assumptions:
As to the first point, I couldn't imagine a worse "lifestyle" to "choose" than being LGBTI.  Being picked on, abused, discriminated against, beaten up?  No thanks.  Not feeling free to show my chosen partner affection in public?  Hmm.  Pass.

With that it mind, it should come as no surprise that every single bit of scientific and anecdotal  evidence suggests that people are born with a particular sexual orientation and identity due to a complex mix of genetic and in-utero factors.  As I've noted, simple logic would suggest that there can't be any "choice" in it.

Yet, based on the first, ludicrous, assumption of a "lifestyle choice", opponents of "normalisation" go one step further: they presume that society can "limit" incidence of LGBTI by stigmatising it: by making sure it is seen as "abnormal".  Heaven forbid if we treat LGBTI people as "normal" - everyone will be doing it!

Hmm.  So the only thing keeping me - a straight male - from "turning gay" is the threat of prejudice, discrimination, social ostracism and abuse?  Funny.  Because if that were the case, you'd think that in my private moments "turning gay" might have occurred to me, a person raised in a home where being gay was regarded as no different to being left-handed.  But it never has.  Why?  Because (as regards orientation) I am simply not attracted to my gender.  And (as regards identity) I identify as male and only male.  I can't remember ever choosing these things; they just are.  I hold it to be self-evident that I am no more likely to "turn gay" than a gay person is likely to "turn straight". 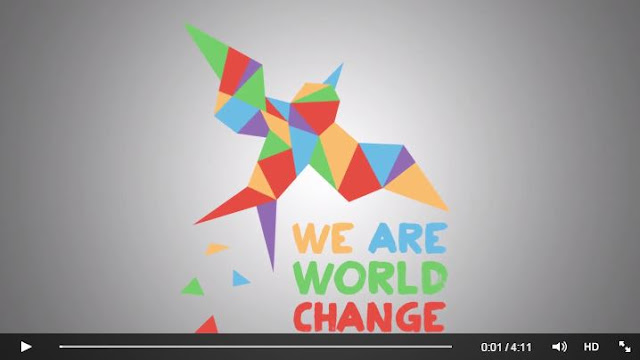 So what are the opponents of "normalisation" really aiming to do?  Whether they know it or not, they're proposing a policy of deterrent suppression.  All this would do is drive more LGBTI people back into the closet.  Things would be like the "good old days": when "girls were girls and men were men" - or at least when we lived behind the façade of a simple, binary world.

Of course, we don't live in such a world.  LGBTI people have always existed and will always exist.

Some of the LGBTI community are born with physical/chromasomal characteristics that underlie their orientation/identity (eg. androgen insensitivity syndrome, where a woman discovers, sometimes only after her first period has failed to materialise, that while she is female on the outside and feels/identifies entirely as a female, she actually has male chromosomes).

For the majority however, it remains simply a function of how their brain is "wired": they are born with an orientation/identity that is at odds with their physiology - and consequently what society has traditionally regarded as "normal".

But what is "normal"?

That's the kicker isn't it?  Just because the majority of society is born right-handed, we don't call those who are left-handed or ambidextrous "abnormal", do we?

Currently we know that about 10% of society is born left-handed.

The total percentage of LGBTI people is difficult to ascertain due to the historical stigma and discrimination associated with "coming out", but latest estimates range between 3-7% of the population.  It might be even higher.  I suspect Alfred Kinsey was right in the first place: about the same number of people are born LGBTI as are born left-handed: around one in ten.  Whichever way it goes, the percentage is far from insignificant.

And, despite many centuries of persecution, it seems that this has always been the case.

And this reality isn't confined to the human species either, but occurs throughout the animal kingdom.

So at what point should we stop doggedly insisting that the world exists in a "binary" state: that being born neither A nor B is somehow an "abomination"?  That we can somehow "shame", "ridicule" and otherwise "discourage" people into choosing one of the "binary options" just because that would suit some early Iron/Bronze Age view of the world?

Let me go back to that Playschool episode about the kid with two mums.  What I found most wonderful about that episode is that it accorded "normality" to the family.  They were treated no differently to any other.

And indeed, this is precisely what outraged the social conservatives.

Heaven forbid that this kid with two mums should go to school and find a bit more acceptance. Heaven forbid that the kid should face just a little less ridicule and ostracism.  Heaven forbid that the the two mums might face a bit less discrimination in the community.  Because, it seems, we have to "deter" this sort of "lifestyle" by marginalising anyone who puts his or her hand up as LGBTI - and any child who happens to be raised by an LGBTI person.  We have to "punish" the few to "safeguard society".

How ignorant.  And how cruel.

So now we come back to the question of marriage equality.  You'll notice I don't refer to "gay marriage".  Social progressives like me refer to marriage equality for a reason.  We don't seek to reinforce the "difference" of some people - their "abnormality".  Rather we point out the obvious: that people shouldn't be discriminated against simply because of the sexual orientation/identity into which they were born.

Marriage equality is no "twentieth order issue".  It goes to the very heart of the question of eliminating discrimination against a large sector of society: the last institutionally sanctioned discrimination of our own citizens (I'm leaving aside our treatment of refugees for the time being).

At this point I invariably face two arguments:
The answer to both arguments is the same: LGBTI people should have exactly (and I mean exactly) the same rights as any other members of society.  If the secular state allows individuals to register certain unions as "marriages", this should be open to LGBTI people as well.

No one is insisting that churches be forced to marry gay couples.  Marriage is, and always has been in Australia, a secular institution that churches can also ratify if couples (and the churches) so choose.

No one cares whether you "don't like marriage anyway".  No one cares how you like to "define" things.

The issue centres on  human rights.  Real people trump your tastes and definitions.

Until LGBTI people can get married - the same as any straight couple - they will always be "different".  Their status will be "exceptional", if not "diminished", in the eyes of society.  They won't be equal.  They won't be seen as "normal".

Which is a problem.  Because, as near as I can make out, LGBTI people are as "normal" as any other.  They always have been.

Australia, it's time we, the last English-speaking Western nation in the world, started treating them accordingly.  There is no valid reason to tell someone who is born different to your "binary ideal" that he or she can't get married.

So to hell with your definitions and your sophist arguments.  We need marriage equality now.