After making an entry several times this year into the "hot new release" list (but languishing in the top 200 generally), last night "Essential Jo" finally cracked Amazon's Martial Arts Bestseller list overall, reaching at least 46. [Edit: as of 31/12/2015 it is at 33!]

Given that the sales have steadily been increasing from month to month - and the fact that I'm about to release the companion DVD in the next week or two, I have no reason to suspect the situation will change except for the better.  Every single month brings increased awareness and sales.

So much for the publishers who rejected this text as "not commercially viable" (one of whom had the gall to write to me recently asking me to review their titles on my blogs).

Look out for the DVD folks! 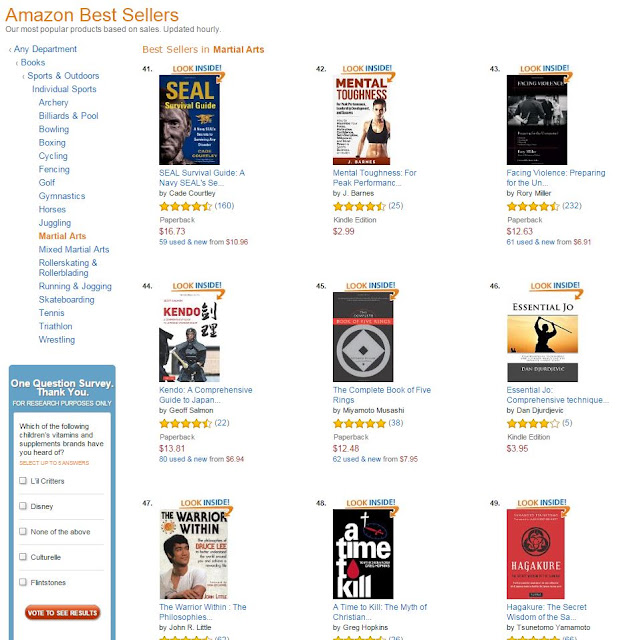