Message in a bottle: is the Fermi Paradox just a matter of time? 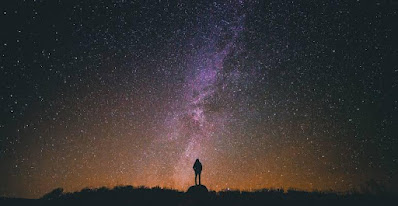 The Fermi Paradox is the conflict between the lack of clear, obvious evidence for extraterrestrial life and various high estimates for their existence. Numerous hypotheses have been offered to explain this paradox. I’m left wondering whether we aren’t just missing the obvious. What if we and other sentient, sufficiently advanced, life forms simply exist in time spans that never overlap? Consider: how long has humanity had the capacity to generate any significant radio signals? 100 years? And how long have we been capable of finding radio signals of a similar kind in the cosmos? Half of that? Our species has existed 1-3 million years and civilisation has only formed in the last 6-10 thousand. How long does a species last once it develops technology of the spacefaring kind?

Every indication suggests that our civilisation does not have all that much longer to run in relative terms. It could well end in the next 50-100 years - be it from nuclear war, uncontrollable pandemics or (more certainly) the environmental catastrophe we can already see occurring (and which we are causing). Even if our civilisation continues for 10,000 years, that’s a cosmologically insignificant period. And we don’t have to become extinct as a species to achieve radio silence - we just have to revert to the pre-technological era. This could happen by our own doing or an impact with a (relatively small) celestial body.

Before you assume that we humans will easily recover lost technology, spare a thought for how specialised we are in knowledge. A single human left on a desert island couldn’t produce a matchstick - never mind a silicone chip. The average person today knows a lot about their tiny area of “expertise” - from designing a web page to driving a big rig to operating a superconductor to manufacturing toothpaste tubes - but little else. There are no modern day “Renaissance” people because human knowledge has become too vast. We are too interdependent. Break society into sufficiently small fragments and we will revert to our most primitive selves. After a few generations in this state, even *memory of the existence* of specific knowledge would be lost. Depending on the scale of any such catastrophe, we might recover our knowledge. It’s also possible we might not. If we did, we might eventually have another window of time within which to send and receive signals (we might call each of these a “technological window”).

Looking out at our night sky, we might be hoping to see another species at, or exceeding, our own technology. But we’re not looking for aliens coexisting at this moment. We’re looking into the past - from tens to billions of years into the past. In each case we are hoping to hear signals from life forms whose “technological window” overlaps with ours in both space and time. Maybe that’s not very likely. It may be practically impossible.

Life - even advanced life - may well be ubiquitous in the universe. But each species is likely destined to remain separated by the unbridgeable chasm of spacetime. This is especially when you consider the length of time it might take for intelligent life to form. Our only estimate can be based on our example (4.5 billion years) and the age of the universe (13.8 billion years). If intelligent, technologically savvy, life takes roughly 1/3 as long to develop as the universe has been in existence, there might be fewer possibilities of “technological window” overlap than we imagine. Our 1/3 of the existence of the universe has to line up with some alien species’ 1/3 - almost exactly - for their past (not present). Remember: looking up at the night sky is an exercise in looking into the past. Some of that past may be too early in the history of the universe for the development of a “technological window”. The remainder might be as likely to overlap as finding identical grains of sand on a beach - on the same day.

Right now, at this very moment, there could well be a space-faring civilisation 1 thousand, 1 million or 1 billion light years away. Sadly, we are unlikely ever to hear from them - unless we manage to survive as a technological society for 1 thousand, 1 million or 1 billion years (as the case requires). I don’t fancy our chances. Neither might they. The odds of sufficiently advanced life existing within a mere 100 light years of us *at this very moment* seem a little low to me, given the only yardstick we have for the time scale for the development of life - never mind sentient, technologically-capable life. Maybe that’s the rather simple reason we haven’t heard (and may never hear) from such life forms. We sentient beings might be analogous to castaways, sending messages in bottles, hoping to reach other castaways. But those castaways might be long dead or otherwise gone by the time our bottle reaches their shores. And vice versa. So maybe the Fermi Paradox isn’t a paradox at all - but a misunderstanding of the size and scale of the ocean that separates us.