This year I'm 50. I'm now 2 years older than my father was when he died. And I've come to a realisation - a powerful one I can only relate via analogy.

But first, some background:

My father was mysterious figure for most of my childhood: a man who was just as likely to say something profound, if brief, as he was to become irritable. I learned early on to give him space. For most of my life, he was a person I feared as much as loved and respected. 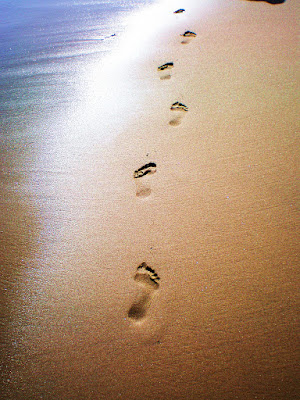 You see, I don't think my father knew how to be a parent largely because he had come from a broken home - torn apart by World War II and by the oppressive communist regime that followed it. He had scars - and we, his family, could feel them even if we couldn't see them - or know what they were.

So my father didn't know how to "be" with children. With adults, he was the ideal companion - a raconteur, consummate host, incisive commentator, perfect listening post. But with children he was, at best, awkward. That was my experience anyway.

For all his flaws as a parent, I can say one thing: he led by example. He behaved with honour and dignity. He admitted mistakes and corrected them. He was honest. His work ethic was impeccable. He was loyal. He was pragmatic, fearless, principled and morally incorruptible. Yet he was also always modest and self-effacing.

Of course, I didn't really understand all this way back when. I took my father for granted for most of the time we shared this Earth.

Indeed, it was only in the year or two before I left home at 18 that my father and I started getting closer. It was a gradual thing. He'd be working on something. I'd help. He'd curse as he hit his thumb or forced something that was jammed. I'd pretend I didn't hear, handing him the next nail or the wrench or the hammer or whatever. But we somehow managed to begin understanding each other. I had transformed from a cloying, insecure infant into a confident young adult. He transformed from a frightening authority figure into a daggy middle-aged dad - of the kind most other kids in my social circle seemed to have.

It was at around this time that my brother and I even coined a new name for him: we started calling him "Pop" - a rather strange turn of events given our culture and family history. In his last letter to us, he even signed himself using this name, sealing his new identity: one that matched our new mutual understanding as my brother and I approached adulthood and found common ground with him.

But by then I had left home: I had embarked on my own journey, travelling across the great oceans to a distant land. And 6 months into this journey, I received word that my father died suddenly.

So back to my analogy.

Putting it more literally, I've spent a good portion of the last three decades coming to a greater understanding of my father's decisions and motivations at critical times. I've caught my reflection in a window and seen his expression - and realised what he must have been thinking when he did X or said Y. I've faced social, fiscal and moral dilemmas and recognised them as reflections of dilemmas my father faced. In other words, my father has guided me - even though he has been long-gone.

This is all courtesy of those metaphorical footprints. He'd walked a path before me. I wasn't walking exactly in his footprints, but rather following them from my own vantage point in the dunes. He may have been absent from my life for 30 years, but I had footprints left to guide me - those in my memories.

The trail hasn't ended - it's just that my father's journey along it has. It ended two years ago. Since that time I've been in uncharted territory. I've gone farther than he went. I don't need to look back to know that the footprints I've been following have all but washed away.

My father died 32 years ago. But in a sense, I only lost him 2 years ago. Even though he wasn't with me, his footsteps guided me in life. As flawed as he was, he provided me with wisdom, with guidance - all through his example.

Two years ago, I was ready to make my own way. His footsteps stopped, and I barely noticed - not because they were irrelevant but because they had served their purpose: they got me to where I needed to be.

There might be a lot more to parenting than providing a good example, but I'm pretty sure that no other aspect of has a more lasting effect.

Thanks Pop. I may not need your footprints any longer but I still miss them. Just as I will always miss you.